A non-profit organization Czech Association of Ice Hockey Players / the CAIHP / started its activities in August 2013. CAIHP was formed according to the similar institutions in advanced countries after a year and a half of intense preparation. It has a strong background and its aim is to protect the interests and rights of its members. CAIHP brings together especially professional hockey players in the Czech Republic. At its center is a team of experienced professionals with expert knowledge of the hockey issues and law. The Association also works on a concept of development and support for youth hockey through the transfer of practical experience from active players to young promising sportsmen.

CAIHP - Czech Association of Ice Hockey Players is a non-profit organization with a strong background protecting the interests and rights of its members, which brings together professional hockey players in the Czech Republic. At its center is a team of experienced professionals with knowledge of the hockey issues and law. It offers to provide its members free legal advice in the field of ​​sports law, or if necessary also in other fields –i.e. legal interpretation of contracts, legal assistance at the international level, assistance in dealing with non-compliance and violations of player contracts and a variety of other commercial and non-commercial services. 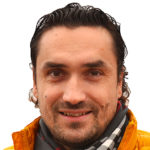 The Czech Association of Ice Hockey Players (the CAIHP) was founded by experienced player of many extra-league clubs Marek Černošek, who was also a head of this association for a long time. He described the beginnings of this associaton as follows:

"During the preparation phase we met extensively with all interested parties. Such as for example Ice Hockey Association headed by JUDr. Tomáš Král, the director of the extra-league Mr. Josef Řezníček or the legends from among the past and present ice hockey players," says Marek Černošek, CAIHP chairman. He adds: "The enthusiasm for our steps was shared by such legendary players as Mr. Ruzicka, Hrdina, Jágr, Patera, Šlégr, Salfický, Čajánek, Straka and Petr Nedvěd or many agents of other players. All of them expressed their maximum support to our organization and they received the foundation of CAIHP with great enthusiasm."

"The vast majority of extra-league hockey players also showed their support to our association in the form of a signed contract. Since this day the Czech Republic has finally ranked among the advanced hockey countries – both in defending the rights of sportsmen and in the supervision above their extra-league wards´ obligation of duties," finishes Černošek.

The Ambassador of the Association became Petr Nedvěd, who acquitted himself this role just as competently as the position of national representation captain. Along with him there are agents of players from each extra-league club actively participating in the activities of the Association, who at the same time represent the communication link between the Association and individual players.

Libor Zbořil, a co-founder and a partner of advisory group ARROWS advisory group, became the president of CAIHP last summer. Marek Černošek was elected to the role of a vice president. Also the executive committee was extended by its new members, namely Jiří Vykoukal, Pavel Staněk and Jakub Hlína. In the context of the change of a leadership of CAIHP, the association has prepared new visions for future periods which are based on the principle of the cooperation and the reciprocity.

The aim of the CAIHP is to establish closer cooperation at the national level with the Czech Ice Hockey Association, the Association of Professional Ice Hockey Clubs and agents of individual players when at the international level, it is an interest to create the mother of player associations that associates major player associations, especially within the European Union and to cooperate on agreed and set topics, particularly in ensuring the protection of player’s rights. The CAIHP is convinced that one without the other can not exist, clubs and players are life-dependent on each other, and therefore the CAIHP wants to put more emphasis on the idea that clubs and players create a community, that wants a common thing, which is to show off the top ice hockey, to entertain people and to pull more people from the public and business world into to the hockey world because without them it will never work out. It should be in the club’s interest to create and provide the quality background and conditions, so the clubs could show off high-quality hockey.